As more industries in more parts of the world begin using ionizing radiation – in fields such as health care, agriculture and manufacturing, various government and health agencies have taken steps to create universal labeling requirements and safety protocols to protect employees from excessive and accidental exposure. 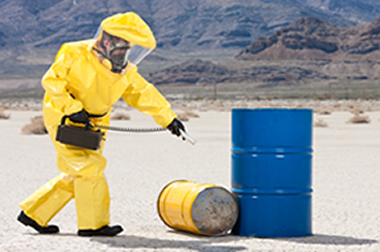 Radiation requires careful monitoring – and extensive training.
The first radiation caution symbol – also known as the trefoil – was developed in 1946 to communicate the presence of ionizing radiation and the health risks associated with exposure – ranging from flu-like symptoms and skin irritation to genetic defects, cancer and death. The symbol, which bears a resemblance to a propeller or a fan with blades, is printed in magenta or black on a yellow background, and, in the U.S., must be used in areas where radiation-producing equipment is used or where radioactive material is handled or stored, such as radioactive contamination clean-up sites, research facilities and the nuclear medicine departments of universities or hospitals.

Although the public is more familiar with black, the trefoil on a radiation warning may also be magenta.
In 2007, the International Atomic Energy Agency (IAEA) and the International Organization for Standardization (ISO) created a supplement designed to provide a clearer warning, for people not familiar with the traditional symbol. In addition to a black trefoil with waves of radiation streaming from it, the ISO/IAEA radiation warning symbol features a black skull and crossbones and a symbol of a man running toward an arrow, and away from the radiation. Unlike the original trefoil, this symbol is meant to provide a final warning and is placed only on devices that house radiation sources – like food irradiation and cancer therapy equipment – to clearly communicate that dismantling the device presents the risk of death or serious injury.

The IAEA’s and ISO’s new radiation danger ideogram, which warns people when they’re being exposed to radiation hazards.
Used in occupational settings, these symbols serve as a reminder that workers need to protect themselves – by using protective aprons, gloves, organ shields, monitors and other equipment – and that employers need to follow particular industry-specific precautions:
-In medical facilities, sealed sources of radiation are commonly used in cancer treatments such as teletherapy. Where teletherapy equipment is used, it must be properly installed, calibrated, and maintained, and should only be used by skilled personnel under the supervision of a radiation oncologist. In addition, personnel should also maintain records of the source and its activity to reduce the risk that the device is lost or stolen. 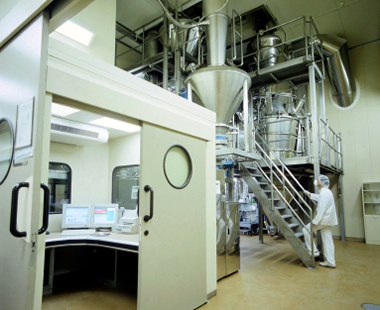 Radiotherapy equipment like this requires careful labeling to warn personnel when they’re placing themselves in danger.
-In industrial settings, gamma radiography sources are one of the most common places to find the radiation caution symbol, according to the IAEA. Used to check for flaws in welds, the source should be routinely checked to ensure that mechanical parts are functioning properly, which reduces the risk of the source failing to retract into a shielded position. The radiographer or operator should always have a survey meter when working with the source, and do so in a controlled area, with barriers, warning signs and shielding in place.
Because they are more mobile that other radiation sources, they should be secured in a locked facility when not in use.
-In the scrap metal industry, it can be all too easy for small companies and independent scrap metal dealers to unknowingly come in contact with radioactive materials, particularly if workers are not trained to recognize radiation symbols on items like heavy metal containers, which often are made of lead, tungsten or depleted uranium and house the radioactive material, the IAEA reports.
Employers should display posters showing the radiation symbols that workers should watch for, as well as images depicting the various scrap material that may be a sealed radioactive source.
Proper detection systems – such as checking incoming scrap material with a radiation detector -can help reduce the risk of exposure, but employees should also be taught how to respond if radioactive material is discovered inside the facility. 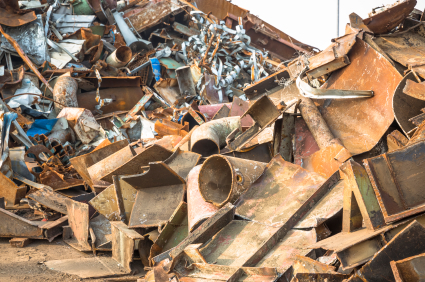 Scrap metal can conceal radioactive hazards like tungsten and depleted uranium.
-In agriculture, food is often exposed to a short burst of radiation, in order to kill bacteria or prevent sprouting of seeds. While the food is exposed to the ionizing radiation in an enclosed chamber, there is always the potential for exposure, so irradiation facilities – particularly those that use cobalt or cesium – must be vigilant in communicating risks and protections to employees through training and signage that includes a radiation caution symbol. Employers must also routinely conduct surveys to check the shielding, radiation detection systems and locking systems that prevent unauthorized entry into the radiation cell when the source is exposed.
© 2020, MySafetySign.com